A hearty well done to Graham, Matsuko and Richard for there efforts from all of us at SoSLUG. This is an image of the winning exhibit not the device above, this apparatus is now on it’s way to Oslo for a further Exhibit we wish them every success.

Trapped in Amber: Angst for a Reenacted Decade at UKS friday the 20th of February to 22nd March

Transmediale’s 2009 award exhibition presents a spectrum of artistic positions, inquiries and responses to the multifacetted, and often contradictory scenarios of climate change. Will the melting of the polar ice-caps lead to an emergency situation in which survival is paramount? Beyond the spectre of a world knocked out of climatic control by our collective lack of foresight, the exhibition explores the symptoms, contexts and possible futures of a seemingly imperceptible yet fundamental change.

We seldom get involved with high profile projects, the opportunity just does not arise that often, but this project by Graham Harwood is a bit different. Graham is a great friend of ours and a champion of our cause, he along with Matsuko Yokokoji his wife (an accomplished artist in her own right) and Dr Richard Wright have seemingly forever been good friends to us.

SoSLUG has on many occasions worked with Graham and his projects and this one Phonewars starts at the Science Museum 1st Floor in Kensington, London on Monday 6th December. The Science Museum has for a while now had a full scale portion of an old telephone exchange with old Strowgers installed. This piece of machinery had been working in the past but had not been used to reanimate or simulate as an old exchange. The Strowger exchange operates as a means to route a call from one side of the country to another, or to be more precise from one person to another where ever they may be located.

The Strowger has only 4 connections that are of any interest to us for this project the Tip & Ring takes the “signal pulses from the phone or modem” (Note, not tone signals), as this is equipment pre-dates the modern telephone exchange. In addition to this we need the “-48 Volt DC Power and Ground wire connection”, a simplified schematic is shown below.

Daft as it may seem the positive RED wire “(+48 Volt)” circuit is applied to the ground connection whilst the BLACK ground wire is attached to the “(-48 Volt)” Negative connection this in essence provides us our “(-48 Volt)” Potential Difference we need from a positive +48 Volt supply.

For more information on this project visit Phonewars.org.uk

So what does this project comprise of, Linux has been at the base of most of Graham’s project and this one is no different. One server is an Astirisk Server it is used to collect phone messages and to send those messages to subscribers on the list. The second server is a standard Ubuntu desktop build with some integrated bespoke software that communicates to a number of modems attached to this server/desktop. This server interrogates the Asterisk server to obtain a list of phone numbers and these numbers are then used to initiate a non existent call through the Strowger apparatus, the purpose of which is to demonstrate how the Strowger works by dialling telephone number via the list and demonstrate that of a functional Telephone Exchange. 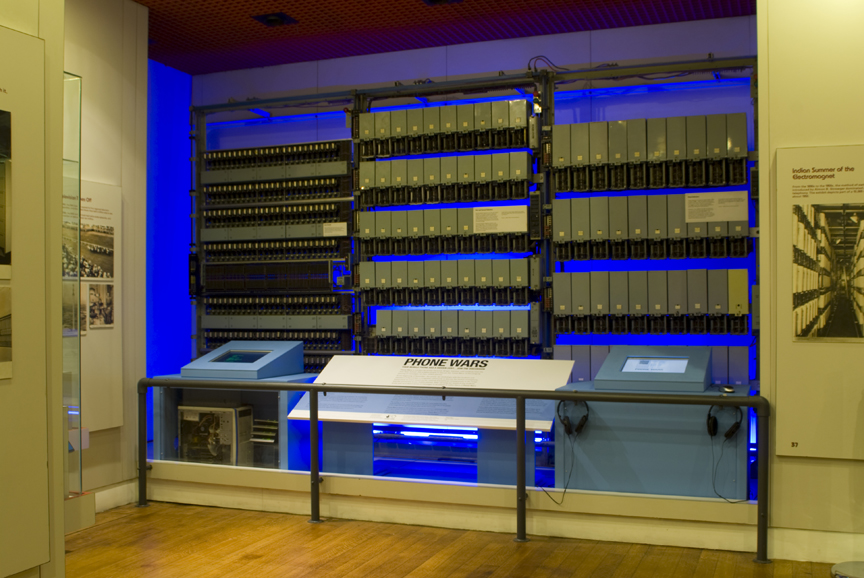 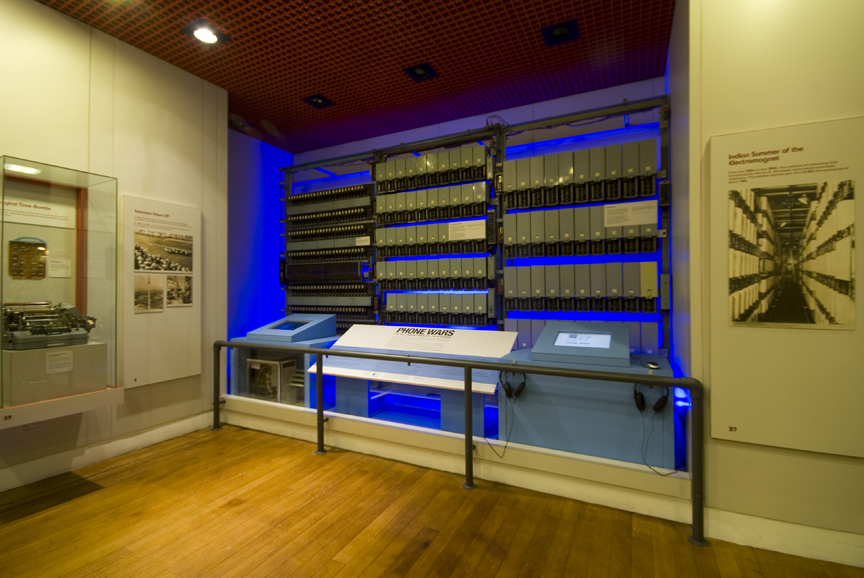 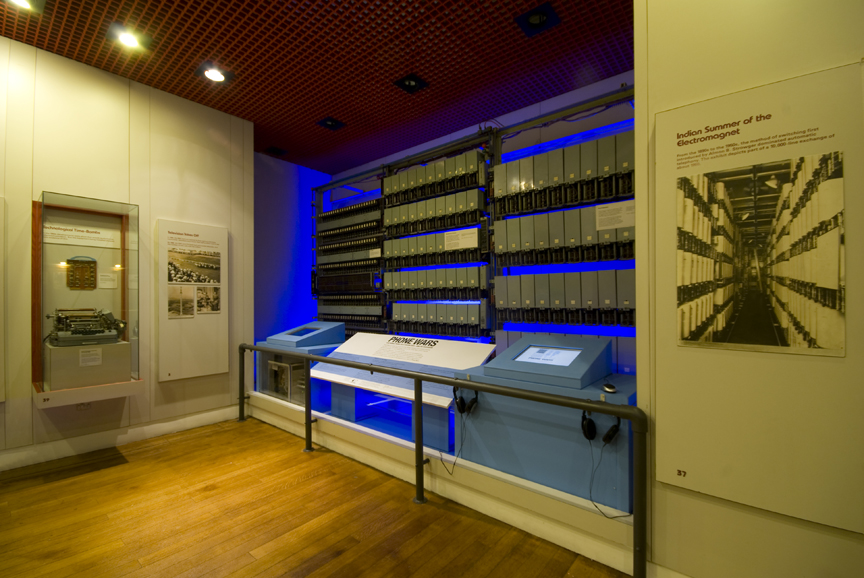 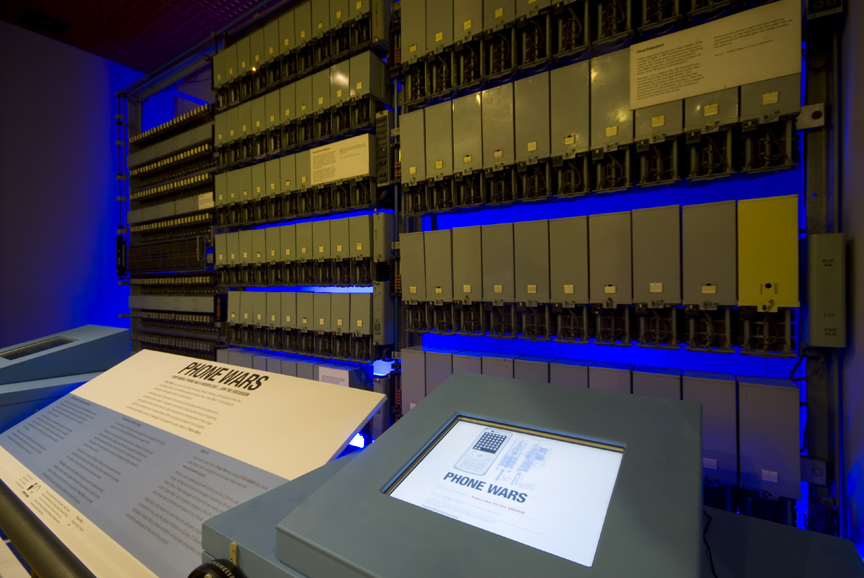 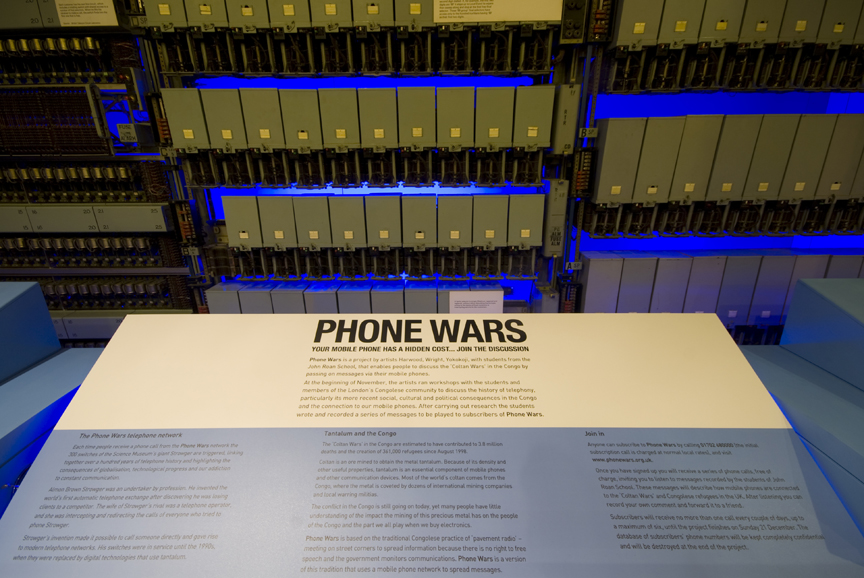 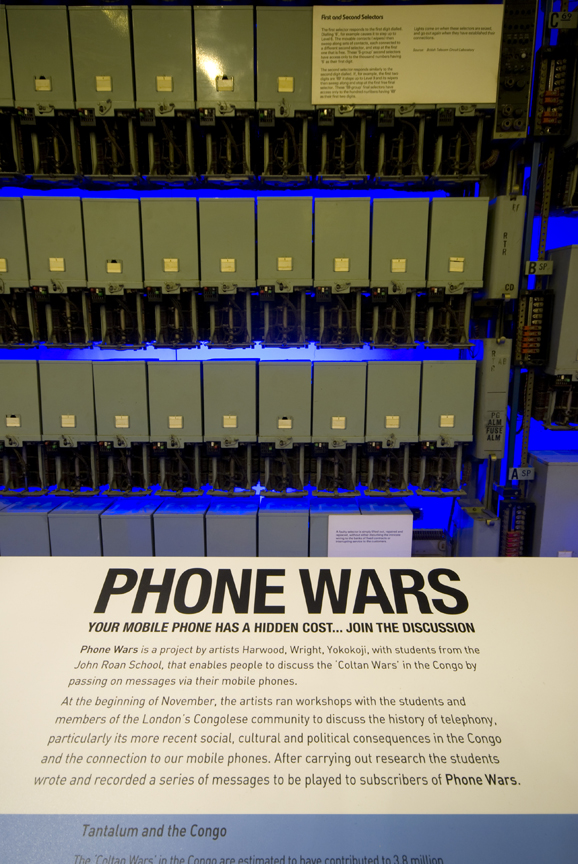 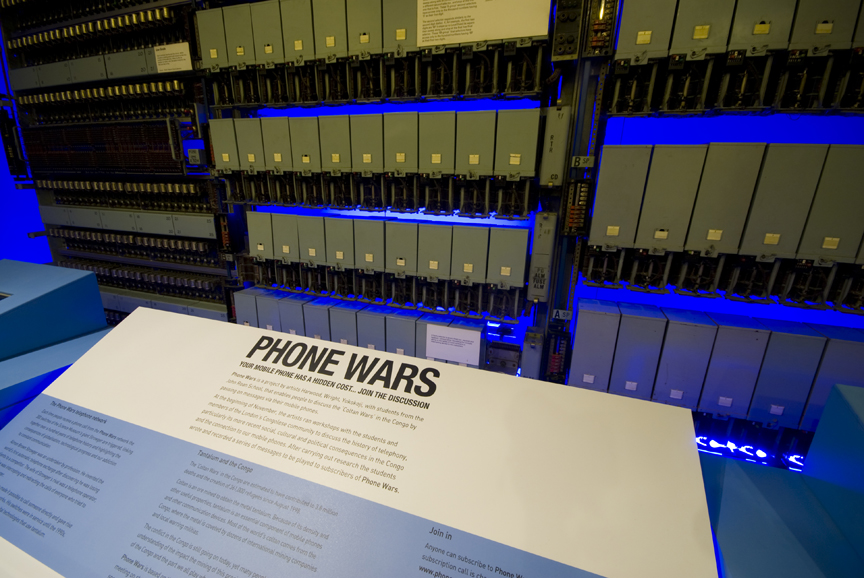 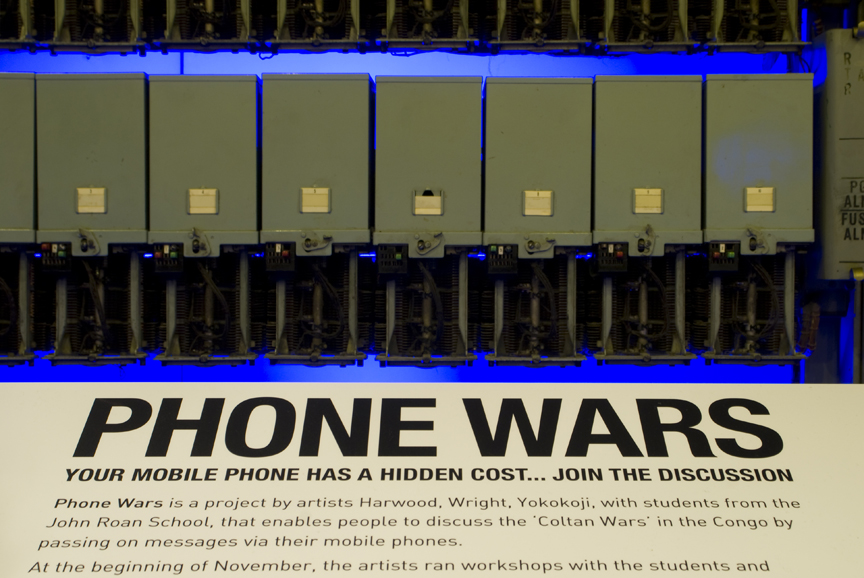 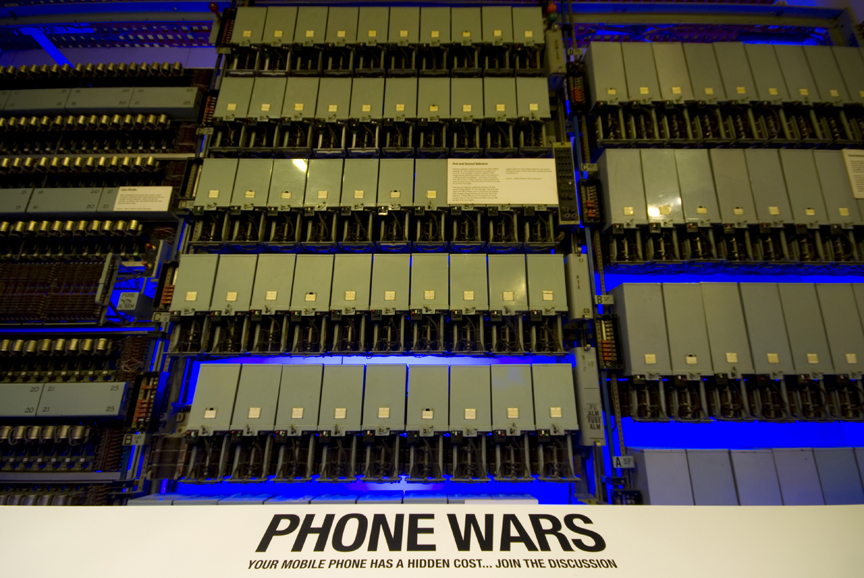 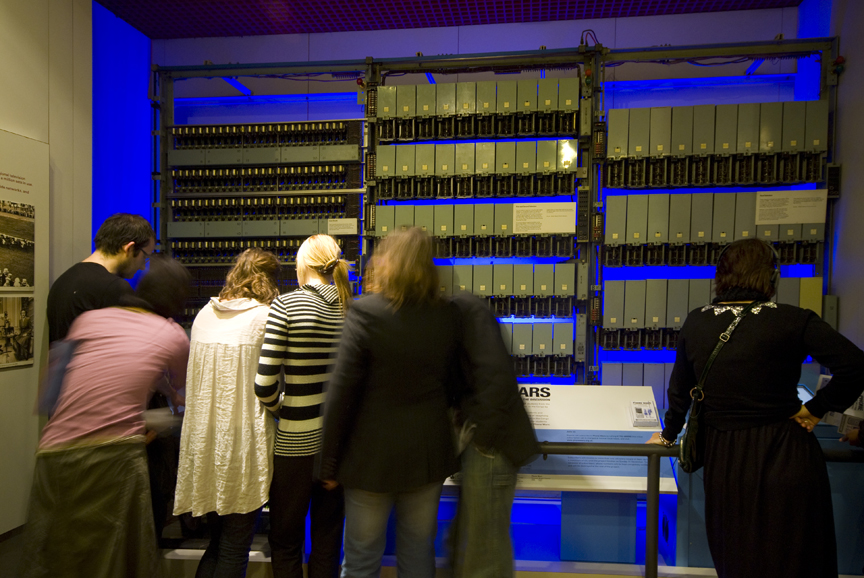 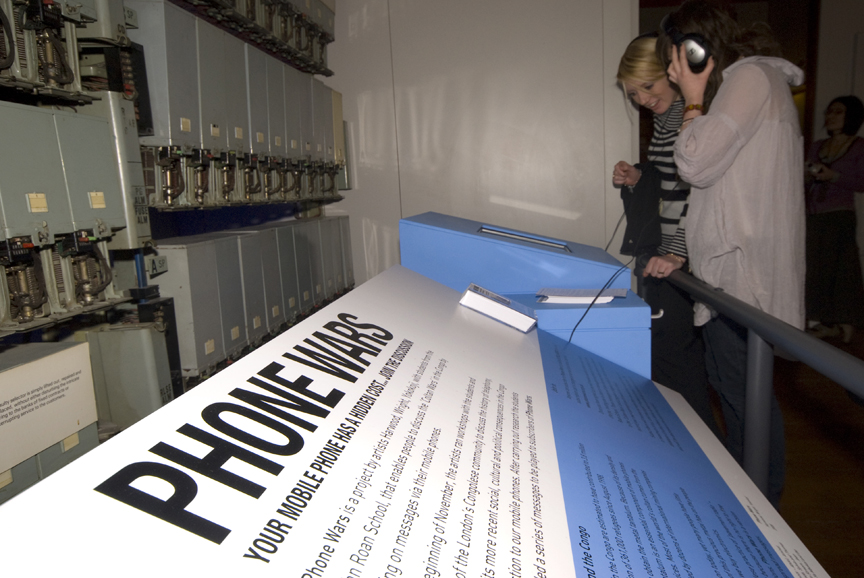 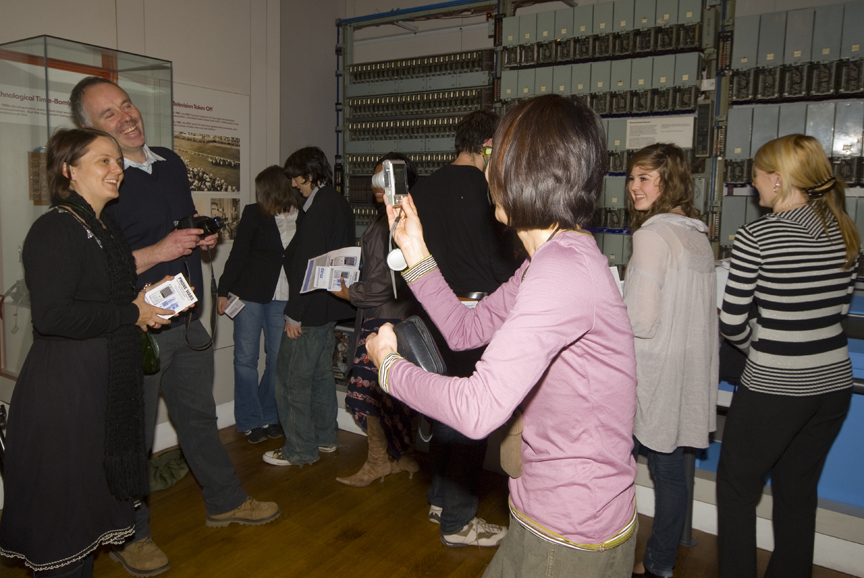 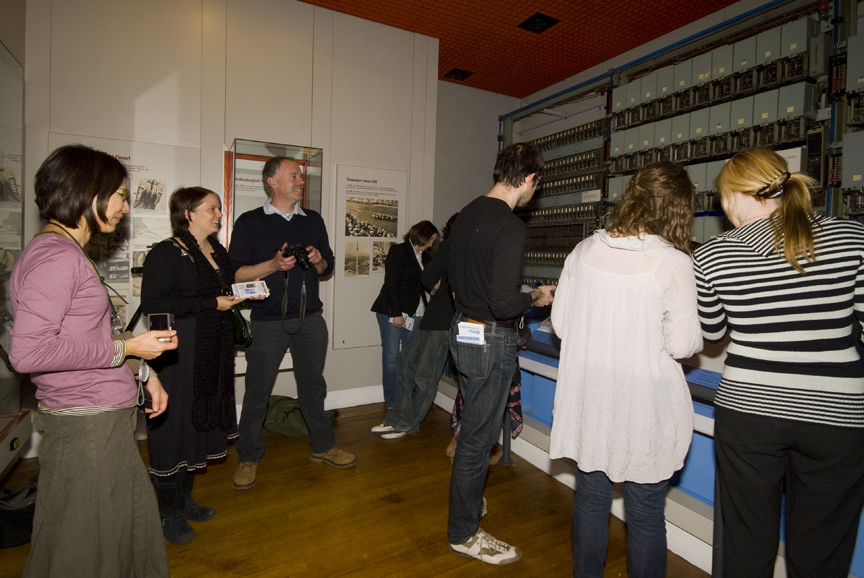